Home > Where We Serve > Idaho

If you’re looking to speed up your cash flow due to slow-paying customers, look no further than TCI Business Capital’s Idaho invoice factoring programs.

Speed Up Your Cash Flow with Invoice Factoring 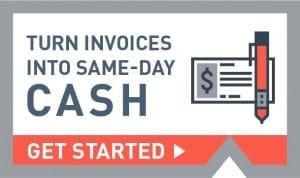 Invoice factoring, also known as accounts receivable financing, works by selling your invoices at a discount to a factoring company in exchange for immediate cash. You can use the working capital to get caught up on bills, pay your employees, invest in new equipment or anything else your business might need.

Factoring is an Alternative to Business Loans & Lines of Credit

While you may think to go to a bank to obtain a loan or line of credit, these solutions will not speed up your cash flow like invoice factoring.

With loans and lines of credit, debt is added to your company making it difficult to obtain more capital in the future. With our Idaho accounts receivable financing and invoice factoring programs, there is no debt created. We customize our programs so that you’re able to grow. Our monthly programs range from $50,000 to $20 million.

Since 1994, our Idaho invoice factoring programs have helped a variety of industries. If your company invoices other businesses and is waiting to get paid, we can help.

Some of the industries we’ve helped over the years include:

Companies choose TCI Business Capital over other factoring companies in Idaho because of our flexible and fast funding solution. Our custom programs are able to help a variety of businesses with their cash flow.

We can help you if:

TCI Business Capital helps companies in Boise, Nampa, Pocatello, and other cities with their cash flow through our Idaho invoice factoring programs. Call (800) 707-4845 to learn more.

Idaho is located in the western United States and is bordered by Oregon and Washington to the west, Utah, and Nevada to the south, Montana and Wyoming to the east and British Columbia to the north. The land area of Idaho is larger than all of New England and it is divided into two time zones. Idaho is nicknamed the “gem state” for the many varieties of gems found there.

Idaho has been the home to Native Americans for thousands of years. However, it was one of the last states to be explored by European-Americans when the Lewis and Clark expedition came through Idaho in 1805. After European discovery of the area, the fur trade industry quickly began exploiting the region and fur-trading companies from the north and east came to set up trading posts. At the time, Idaho was a part of the Oregon Country, which was jointly occupied by both the United States and Great Britain. Despite multiple boundary disputes, this joint occupation continued until the Oregon Treaty in 1846 when Idaho officially became part of the United States. Although there were very few permanent settlements in Idaho at the time, the discovery of gold in the 1860s resulted in a significant population increase. Idaho became the Idaho Territory in 1863 and then joined the Union in 1890 as the 43rd state. In 1896, Idaho was one of the first states to give women the right to vote. 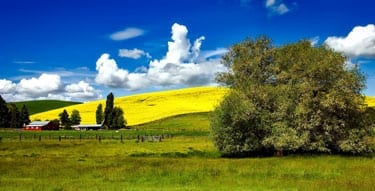 Agriculture is the backbone of Idaho’s economy. The state is a top producer of dairy products, cattle, lamb, wool, and trout. It also supplies almost 30 percent of all potatoes in the U.S. market. One in every seven jobs in the state is directly related to the agribusiness and it is responsible for 20 percent of Idaho’s total economic output. Manufacturing is another important sector for the economy of Idaho. Within manufacturing, and in concurrence with agriculture, food manufacturing, and food-processing is one of the top revenue producers. Idaho also has a significant amount of technology, wood, and fabricated metal manufacturing. Additionally, the mining industry is also very significant to Idaho’s economy, with silver being the leading mineral. In fact, the silver mines in Coeur d’Alene produce more silver than the rest of the states put together.

Although Idaho manufactures many different types of goods, one of the dominant manufacturing products is technology equipment. Hewlett-Packard was the first to bring Idaho into the information and technology sector when it established its printer division in Boise in 1973. Since then this industry has steadily increased. Micron Technology, one of the leading companies for computer memory in the world, is based in Boise. In addition, Idaho has begun to draw the interest of many technology startup companies. Health care is also a major industry for Idaho. In the past ten years, they have seen a 46 percent increase in revenue in the field and it is the state’s second largest employer. It is also the state’s fastest growing sector. Another significant industry for Idaho is tourism. With its breathtaking scenery and year-round outdoor activities, as well as a variety of art and music festivals, Idaho has something for everyone.

Despite Idaho’s population of about 1.7 million people, its large land area makes the population very sparse. Boise, the capital of Idaho, is the largest and most populated city in the state. Other population centers include Nampa, Meridian, Idaho Falls, and Pocatello. Although the population of Idaho is predominantly Caucasian, there has been an increase in ethnic minorities in recent years. The Hispanic population is one of the fastest growing minority groups. In addition, Idaho has a significant Mormon population. In fact, when Idaho officially became a state in 1890 about one-fifth of the population was Mormon. Today the Mormon community makes up about a quarter of Idaho’s population.

Idaho is rich with minerals. Aside from the many different metals found in Idaho, it has an abundance of industrial minerals or geological minerals that are mined for commercial value. Idaho is nicknamed the gem state for the 72 different kinds of gemstones found there. The only place in the world that has more gemstones than Idaho is Africa. Some of the gems found in Idaho include garnet, opal, diamond, jade, quartz, and topaz.

5 Tips to Managing Your Small Business

Managing your small business can be rewarding, but also stressful and time consuming. By following the five tips below, small...
Read More
“I went to a number of Banks in my area and all I heard was 'No'. During my initial consultation with TCI, I kept hearing, 'yes, we can work with you on that.'” – Brian H.
©2023 TCI Business Capital 1-800-707-4845 a division of Fidelity Bank