Home > Where We Serve > Montana

Invoice factoring, also known as accounts receivable financing, is a common funding solution many companies turn to. Instead of waiting for 30, 60, 90 days or more to get paid,  invoice factoring pays you the same day on your business invoices. 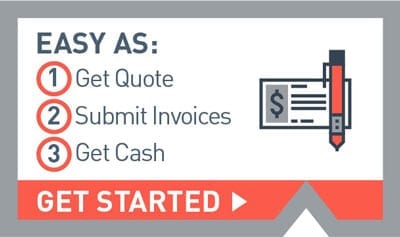 Many companies benefit from our Montana invoice factoring and accounts receivable financing programs. As long as you invoice other businesses and you’re waiting to get paid, we can help speed up your cash flow.

Since 1994, TCI Business Capital has helped several industries including:

Why Choose TCI Over Other Montana Factoring Companies?

Many companies choose our Montana accounts receivable financing programs because it allows them to get the quick cash they need, no matter what their business or financial stage is.

If you’re waiting on slow-paying customers, our invoice factoring programs eliminate this problem by paying you same-day.

Whether you’re a start-up or an expanding company, our invoice factoring programs provide you with the cash you need to keep up with your growing business demands.

We look at the credit history of your customers rather than yours. Less-than-prefect credit and maxed-out lines of credit are no issue with our Montana invoice factoring programs.

TCI Business Capital offers debtor-in-possession financing to companies that went through a business bankruptcy. We help you get back to financial stability with our programs.

If a bank turned you down or you’re in a workout situation, turn to TCI Business Capital. We can help even when the bank can’t.

Located in the northwest United States and bordered by Canada, Montana is the fourth largest state in the country. The state’s name is derived from the Spanish word montaña, meaning mountainous, as the western part of the state is dominated by the Rocky Mountains.

There were multiple Native American tribes inhabiting the region of  Montana when it was included as part of the land that was acquired from the French in the Louisiana Purchase in 1803. The first documented European exploration of the area was the Lewis and Clark Expedition in 1805. Although there were trading posts and forts set up for fur trapping in the region, it remained largely unsettled by Euro-Americans until the discovery of gold in the 1860s. The rapid influx of settlers led to Montana becoming its own territory in 1864. Although many people left after the gold ran out, cattle ranchers began to settle in the area because of its abundant grasslands. The development of the railroad through the territory in the 1880s brought additional settlers and Montana officially became a state in 1889.

Montana’s economy is heavily based on the agricultural sector. Within agriculture, livestock is responsible for about half of the annual economic contribution. Montana’s primary type of livestock is cattle. In fact, the amount of cattle in the state outnumbers the number of people. Another important type of livestock for Montana is sheep, as they have a large wool industry. Although they aren’t typically thought of as livestock, Montana has an extensive bee population, which they use to produce nine million pounds of honey per year. Montana is also a leading producer of wheat and exports nearly 75% of the wheat they produce to Asian markets. Additionally, Montana has a significant mining industry with large mineral deposits of gold, silver, platinum, lead, zinc, and manganese. The forestry industry is also very important to the economy of Montana. Wood product manufacturing provides a substantial amount of revenue to the economy and jobs to the labor force.

The energy sector is a large part of Montana’s economy. The energy in Montana comes from a variety of resources, including hydroelectric, wind, coal and petroleum. In fact, it is estimated that Montana contains one-fourth of the recoverable coal reserves in the country. It is also the tenth largest crude oil producer in the United States. Additionally, Montana is a major producer of hydroelectric power and has some of the best commercial wind resources in the country. Tourism is also an important industry for Montana. In fact, some would say it is second only to agriculture. Each year Montana draws in almost 11 million tourists. Tourism provides a large portion of jobs to the labor force and increases revenue in multiple industries both directly and indirectly. Also drawing tourists to the state is the rapidly growing microbrewing industry. The number of breweries has more than doubled in the last five years. This industry fits well into Montana’s economy, as they are already one of the main producers of barley in the United States.

The population of Montana is just over a million people. With an average of only six people per square mile, Montana is one of the least densely populated states. Although the majority of the population is white, Montana has a larger Native American population than most other states. Of those with European ancestry, German is the most common, followed by Irish and English. By far English is the most commonly spoken language in Montana, but there is a small percentage of Spanish, French, and Crow (Native American) languages spoken in the home. Montana’s population is increasingly urban, with Billings being the most populated city in the state. The state’s capital, Helena, is the sixth most populated city.

Montana is home to two famous national parks, Glacier National Park and Yellowstone National Park. Both are very popular tourist destinations for hiking, backpacking and wildlife sightings. However, it is important to watch out for bears in the parks as Montana has the largest grizzly bear population in the lower 48 states. In addition to national parks, Montana also has the largest natural freshwater lake in the western United States, Flathead Lake, which is over 200 square miles of water.

11 Business Financials You Should Track

When it comes to tracking your business financials, there are 11 key areas to track. 1. Cash Flow The first...
Read More

Factoring companies help businesses fill their cash-flow gap by providing instant cash for their invoices. Instead of waiting 30 days...
Read More
“I went to a number of Banks in my area and all I heard was 'No'. During my initial consultation with TCI, I kept hearing, 'yes, we can work with you on that.'” – Brian H.
©2023 TCI Business Capital 1-800-707-4845 a division of Fidelity Bank