Home > Where We Serve > New Hampshire

Invoice factoring, also known as accounts receivable financing speeds up cash flow for businesses. The process works by selling your invoice to a factoring company at a discount in exchange for immediate cash.

Many industries benefit from TCI Business Capital’s New Hampshire invoice factoring and accounts receivable financing programs. If you’re waiting to get paid from other businesses, we can provide you the cash you need.

Our team is experts in several industries including:

Many businesses choose our New Hampshire factoring company programs because our programs are flexible and custom which gives us the ability to fund many different situations.

Are you waiting to get paid?

If you’re waiting 30 days or more for customer payment, our New Hampshire accounts-receivable financing programs are your perfect solution to speed up cash flow. We pay you the day you’re ready to invoice.

Are you a start-up company?

After you’ve invested most or all of your capital into opening your doors for business, it’s important to make sure you have the cash to complete the job. For more than 20 years our New Hampshire invoice factoring programs have provided cash to start-ups.

Companies that are growing rapidly need cash to fulfill new and bigger contracts. Instead of turning down new work because you’re waiting to get paid, work with us. We’ll get you paid the same day.

Were you turned down by a bank?

If the bank is unable to give you sufficient funding because of your credit, business bankruptcy, tax liens or any other reason, turn to TCI Business Capital. We can get you the cash you need to operate and grow your business. 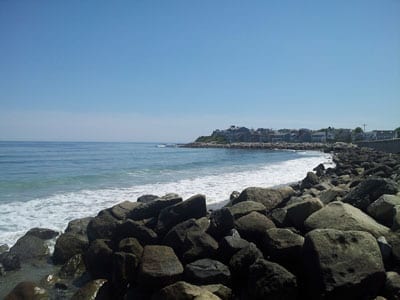 Located on the northeast coast of the United States, New Hampshire is bordered by Massachusetts, Vermont, Maine, Québec, and the Atlantic Ocean. It was nicknamed the Granite State for its large granite mines and it is the fifth smallest state in the nation.

Before the English established New Hampshire as a fishing colony in 1623, Native Americans had inhabited the area for thousands of years. With the intent to make the new colony as much like England as possible, it became a “royal province” in 1679 and was named after Hampshire, England. However, twenty years later the province was brought under the jurisdiction of Massachusetts, sharing a government. In 1741, New Hampshire gained its independence from Massachusetts and elected its own governor, Benning Wentworth. During the American Revolution, New Hampshire was one of the thirteen original colonies to reject British rule. In 1776, it was the first colony to officially declare its independence from Great Britain and establish its own government and constitution. It also became the ninth and final deciding state to ratify the Constitution of the United States in 1788.

Manufacturing has always been one of the foundations of New Hampshire’s economy, but the industry has gone through a shift in recent years. Although they still produce traditional New England goods like textiles and shoes, the industry has seen a trend towards Smart Manufacturing/High Technology (SMHT). In fact, SMHT is currently the largest single sector in the economy of New Hampshire. In 2013, this field was responsible for 18% of the wages earned in the state. Within the service sector, health care is one of the primary industries. The state has ten major hospitals and multiple smaller facilities that employ a significant portion of the labor force. In particular, New Hampshire has a very strong biotech and medical research industry, which is incredibly important to the health care field. Although agriculture is not one of the main contributors to the economy, it does provide a significant amount of jobs and revenue. The main agricultural products in New Hampshire are dairy and poultry.

Tourism is the second largest industry in New Hampshire, contributing approximately $5 billion in economic activity each year. The industry has been growing as well, seeing an increase in the number of visitors and the average amount of visitor spending. The business generated from tourist activity affects both the government and private sector, as tourists visit a significant portion of state-run sites including campgrounds, parks, and historical landmarks. In the winter, the skiing industry ranks number four in the nation for state ski revenue per capita. In the summer, the same ski resorts become great hiking and biking attractions. Tourists are also drawn to the beautiful beaches on the coast and the abundance of historical sites. In addition, tourism indirectly benefits many other industries, including construction, transportation, and food and beverage.

New Hampshire has a population of about 1.3 million people. Over 90% of New Hampshire’s population is white, making it a very homogeneous state. However, minority groups have seen the largest percentage of growth in recent years. The most common European ancestry groups represented in New Hampshire are French and French Canadian followed closely by Irish and English. Although English is the primary and official language, it is not uncommon to hear French, as some counties have a significant percentage of French speakers. The most populated city in New Hampshire is Manchester, which is located between the capital, Concord, and Boston, Massachusetts. Other major population centers include Nashua, Dover, Rochester, Sale, Merrimack, and Keene. Portsmouth, New Hampshire is the third oldest city in the US.

New Hampshire is a very important state in the presidential election process because it is the first state to hold national primaries. The results of these primaries are believed to affect the results of the rest of the country. The state passed a law that allows its secretary of state to change the date of the election in order to precede any others, thereby securing its position as the first to hold a primary election. Although New Hampshire has a relatively high property tax, it is one of only two states in the nation that does not have a personal income or statewide tax. This makes the overall tax burden on its residents fairly low.

11 Business Financials You Should Track

When it comes to tracking your business financials, there are 11 key areas to track. 1. Cash Flow The first...
Read More

Factoring companies help businesses fill their cash-flow gap by providing instant cash for their invoices. Instead of waiting 30 days...
Read More
Our company has been with TCI for several years and the service their team provides is second to none. With the downturn in the economy over the past couple of years, we have faced some extreme challenges and they have gone over and above to assist us any way they can. In all areas their staff is always very knowledgeable, professional and courteous. – Peggy B.
©2023 TCI Business Capital 1-800-707-4845 a division of Fidelity Bank