The Benefits of Invoice Factoring

Invoice factoring, also known as accounts receivable financing, is a common cash-flow solution many companies turn to. The process works by selling your invoices at a discount to a factoring company in exchange for immediate cash. 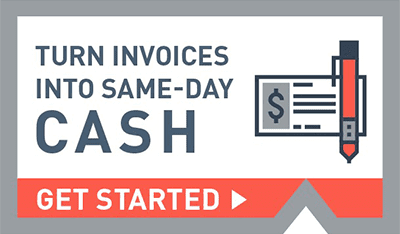 Step 1: Contact a financial expert at TCI Business Capital. In as little as 15 minutes you’ll have a free quote and approval.

Step 2: Once you’re set up, send your invoices to TCI Business Capital.

Step 3: Get cash for your invoices. We provide a competitive advance on the invoice amount directly into your bank account, same-day.

While you’re maintaining or growing your business, we ensure your invoices get paid in a timely manner. Our AR specialists are professionally trained to work with your customers on your behalf if invoices go unpaid longer than expected. Once your customer pays the invoice, we’ll deposit the remaining balance into your account, minus our guaranteed low factoring rate.

Industries That Use Invoice Factoring

Many industries use and benefit from our El Paso invoice factoring programs. Since 1994, we’ve provided a cash-flow solution to many industries including:

Waiting for customer payments slows down cash flow. If you’re ready to get the cash your business needs, let’s get started. For a free, no-obligation assessment and rate quote on a factoring program customized to fit your business needs, call TCI Business Capital at 800-707-4845. 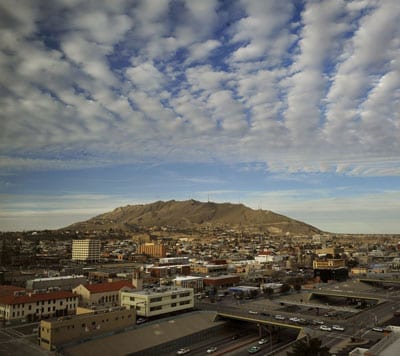 El Paso is the 20th largest city in the United States and the sixth largest in Texas following Houston, San Antonio, Dallas, Austin, and Fort Worth. According to the latest estimate by the U.S. Census Bureau in 2015, El Paso’s city population is around 836,000, which is up approximately 35,000 from the 2010 census. El Paso is part of the larger, unique El Paso-Juarez-Las Cruces metro area, which includes cities from New Mexico and Mexico. This metro area had an estimated population of 2.7 million in 2015 and makes up the largest bilingual, binational work force in the Western Hemisphere.

El Paso has a very diverse economy including manufacturing, international trade, education, military and defense, and call-center operations. The Greater El Paso Chamber of Commerce reports the city’s K-12 school count is at 167, split up between three independent school districts. There are also over 25 parochial schools and 50 private schools in the area. El Paso is home to one Fortune 500 company, Western Refining, however, 70 Fortune 500 companies have offices in the area including Hoover (vacuum cleaners), Eureka (vacuum cleaners), Boeing (aerospace), Delphi (automotive supplier), AT&T, and ADP (software).

With all of the K-12 public, parochial, and private schools in the area, the education sector is one of the largest in El Paso and employs more than 20,000 teachers and administrators. The University of Texas at El Paso is another big piece of the education pie with over 4,800 employees and an annual budget of nearly $418 million.

Call-center operations centers make up seven of the top 10 employers in El Paso. With the 14 largest call centers employing more than 10,000 people each, the sector is a huge chunk of the working force in the area. The most notable call centers include ADP, EchoStar, MCI/GC Services, and West Telemarketing.

Finally, the international trade and transportation sector employs over 65,000 workers and in 2015 became the 11th largest exporter in the United States. Since 2009, the trade industry has grown 217 percent with over $24.6 billion worth of goods exported in 2015. The biggest export items are computers and electronic products which account for over 50 percent of all exports in El Paso.

The El Paso region’s settlement dates back thousands of years starting with maize farmers and the Manso, Suma, and Jumano Indians. The first European explorer to arrive was Spaniard Juan De Onate in 1598, with his exploration party and a Thanksgiving meal. Later in 1659, El Paso del Norte, present-day Ciudad Juarez, was founded by Fray Garcia de San Francisco. Agriculture began with the complex irrigation systems as well as a large earthen dam built by the Spanish and Indians. After a New Mexican revolt in 1680, El Paso became the base for Spanish Governance in the southern area. Soon after there was rapid growth in the area of over 5,000 which included Spaniards, Criollos, Mestizos, and other indigenous spread along the Rio Grande River. El Paso remained primarily undeveloped during this time as the focus remained on the development of El Paso del Norte. The few attempts made by Spanish to move agriculture to El Paso were thwarted by Indian raids and warfare.

After the Mexican-American War in 1849, American settler families began to arrive in larger numbers and the town began to grow. With the Compromise of 1850, El Paso was finally recognized as a piece of Texas and not Mexico. Two large pieces of land and settlers came together with Hugh Stephenson’s 900-acre tract and a settlement called Franklin to form El Paso County, which was officially established in March 1850. The San Antonio-El Paso Road, a military post called “The Post opposite El Paso” and the San Antonio-El Paso Mail were all established in 1854. In 1859, Anson Mills named the town El Paso, much to the chagrin of El Paso del Norte, which was eventually changed to Ciudad Juarez in 1888.

The U.S Civil War was really the beginning of Fort Bliss and was used by Confederate forces until the city’s capture by the Union California Column in 1862. The Fort was then used by the 5th Regiment California Volunteer Infantry until December 1864.

In 1881, El Paso saw its largest boom yet with the addition of the Southern Pacific, Texas and Pacific, and Topeka and Santa Fe Railroads. Because of the green valley and perfect climate, merchants, entrepreneurs, and professionals came by the droves. El Paso’s economic and cultural makeup began to take shape with trade across to Mexico, the establishment of schools and a symphony orchestra. Religion was spread by the American Catholic hierarchy, which established parishes and schools throughout the area during the late 1800s through the early 1910s.

With the boom came gamblers, gunfighters, murderers, thieves, and prostitutes. The need for law enforcement grew and so a town marshal was hired in 1881. This simple act would translate into the numerous present-day law enforcement offices found in the area.

Festivals
With El Paso’s largest demographic identifying with Mexican or Hispanic heritage, the city has been infused with the Mexican American culture. One of the largest festivals held, Fiesta de las Flores, is the oldest Hispanic festival in the Southwest. It is a three-day festival that takes place during Labor Day weekend and attracts 20,000 to 30,000 visitors. Major attractions include the crowning of a festival queen, a parade, appreciation dances, regional foods, and live entertainment. Another big festival is Viva! El Paso which is an outdoor music festival that showcases the 400-year history and evolution of the region.

Arts and Museums
El Paso is home to the eldest symphony orchestra in Texas, the El Paso Symphony, as well as the Ballet El Paso. The Abraham Chavez Theatre and the Plaza Theatre are historic theatres with unique architecture that are home to various Broadway productions and concerts throughout the year.

Sports
El Paso has a few minor league teams including the El Paso Chihuahuas (baseball), the El Paso Rhinos (ice hockey), and the El Paso Coyotes (indoor soccer). The rest of the sporting atmosphere is dominated by college sports, mostly UTEP teams. El Paso is home to the Sun Bowl, which is the second oldest college football contest after the Rose Bowl.

Companies in a cash-flow crunch or that have slow-paying customers often sell their open invoices to a nonbank commercial finance...
Read More

If you do an online search for factoring companies, you’ll quickly realize there are thousands of results. How do you...
Read More
“I’ve got good cash flow with my line from TCI. It’s really taken a load off my mind.” – Chris
©2023 TCI Business Capital 1-800-707-4845 a division of Fidelity Bank