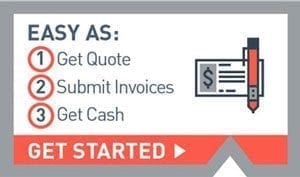 While there are many factoring companies in San Antonio, TCI Business Capital offers several added benefits.

First, our invoice factoring programs are quick to get approved for. Our financial experts can approve you in as little as 15 minutes. Once you’re approved, the setup process is quick, easy and free.

Once you’re setup with our custom San Antonio invoice factoring program, we’ll get you funded quickly. Once we receive your invoice, we’ll immediately transfer up to 95 percent of the invoice total directly into your bank account.

While we wait to collect payment for your customer on your behalf, you’ll have working capital to get caught-up on bills, meet payroll and invest in new resources. Once your customer pays the invoice in 30, 60, 90 days or more, we’ll remit the remaining amount back into your account, minus our low, guaranteed factoring fee.

While there are many factoring companies in San Antonio to choose from, TCI Business Capital offers custom programs to fit any business situation.

TCI Business Capital has a team of knowledgeable professionals ready to help you with your cash flow. Since 1994, we’ve helped a variety of industries. 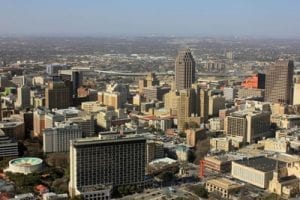 San Antonio is the 7th largest city in the United States and the second largest in Texas following Houston. According to the latest estimate by the U.S. Census bureau in 2015, San Antonio’s city population was around 1.5 million. San Antonio is part of the larger San Antonio-New Braunfels metro area which had an estimated population above 2.3 million in 2015. The metro area has grown at a rate of 2 percent or more since 2010 with no signs of slowing down. There are many reasons for the sudden growth.

Information technology and cybersecurity are big industries not only in Texas, but also San Antonio. San Antonio’s piece of the pie is comprised of over 34,000 IT professionals and generates over $10 billion dollars per year through more than 1,000 IT companies. San Antonio is number two in the nation for Information Assurance behind Washington D.C. and is home to many defense agencies including multiple Air Force and Army branches, FBI, NSA, U.S. Secret Service and the Department of Homeland Security. The IT products sector includes manufacturing of computers, electronic equipment and components. The IT service sector is the third piece and includes custom programming, internet services, web hosting, training and repair. This sector is the largest piece of the IT industry in San Antonio as a whole and provides up to 80 percent of the jobs available.

The financial services industry is another major industry in the area employing more than 60,500 persons and is the most stable and impactful to the economy. This industry is split up into banking and credit, investments, insurance, funds and trust, and accounting and bookkeeping. Frost National Bank is the largest bank in the area with a total of $20 billion in deposits and $23 billion in assets overall.

Another very sizable industry sector is bioscience and medical, with over 164,537 reported employees in 2013 and a combined $7.6 billion in wages paid. The industry includes research institutions, education programs, biotech companies, and direct healthcare services such as hospitals, physician’s offices, nursing homes and clinics.

Finally, with four area military base locations, the military and defense sector is among the largest in San Antonio. The four bases, which include Randolph AFB, Fort Sam Houston (army), Lackland AFB, and Camp Bullis, contribute 65 percent of the total military GDP for the state of Texas.

The area that is now present day San Antonio was first occupied by the Yanaguana Indians and later explored by the Spanish from 1691 to 1709. The first Spanish explorers dubbed the area San Antonio, an homage to St. Anthony. The actual founding of the city was performed by Father Antonio Olivares with the official name of Mission San Antonio de Valero. Directly following this establishment was the addition of five more Spanish missions which were chartered by the Canary Islanders, all located along the San Antonio River. By 1749, the Spanish Governor’s Palace was built and the San Fernando de Bexar Church was added in 1758. By 1778, the population of the area grew to 2,000 which was made of Indians and settlers. The Spanish missions were all delegated tasks to separate them while the Mission Antonio de Valero became the military barracks. After this split in organization came a long period of war.

During the Texas Revolution, San Antonio was the site of several important battles including the Siege of Bexar in December 1835 and the Battle of the Alamo in 1836. The Battle of the Alamo would become one of the most memorable pieces of San Antonio history. During the Battle, 189 Mission defenders held the Alamo against approximately 4,000 Mexican troops for 13 days. Over the course of the next 10 years, battles ensued as San Antonio was juggled between Mexican and Texas occupation and management. After Texas entered the Union, a little more stability came to the area as well as rapid growth due to the servicing and distribution center established there. By 1850, the city’s population had grown to 3,500 and almost triple that size within the decade.

With the secession of Texas and the end of the Civil War, San Antonio began to flourish as cattle, distribution, mercantile, and military efforts in the area served the entire Southwest region. The city became the southern supplier hub of the cattle drives as well as had a developing market for merino sheep wool in Hill Country. All of this growth multiplied exponentially with the addition of the Galveston, Harrisburg, and San Antonio Railway in 1877 which was the area’s first transportation system. By 1900, San Antonio had become Texas’ largest city with more than 50,000 residents.

The charm and draw of present day San Antonio for tourists lies in the upkeep of the old Spanish walls, décor, Victorian-style mansions, and historic Spanish buildings and artifacts.

The San Antonio area is home to more than 31 colleges, universities and higher education institutions. The most prominent include University of Texas at San Antonio, Wayland Baptist University, Texas A&M University – San Antonio, and the Alamo Community College System. 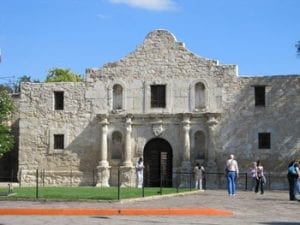 Tourism
Every city has tourist hot spots but San Antonio is jam packed full of them in many different varieties ranging from theme parks and a zoo to historic sites and natural parks and rivers. The top attraction of San Antonio is the Alamo, where the aforementioned historic battle took place. The Alamo is located downtown, as well as the second biggest attraction, the River Walk. The River Walk is a landscaped path stretching over 13 miles along the San Antonio River and is lined with shops, restaurants, bars, a mall and a theater. The River Walk is also decorated with thousands of lights during Christmas and the New Year holiday.

Culture
The downtown area features many historic sites that have been maintained over the years as a preservation of the Spanish culture that San Antonio was built on. Key sites include the San Fernando Cathedral, La Villita and the Spanish Governor’s Palace. Spanish food restaurants throughout the city serve up all of the staple dishes loved by the locals. San Antonio is also home to several museums including the first museum of modern art in Texas, the McNay Art Museum, as well as the Briscoe Western Art Museum, Buckhorn Saloon & Museum and the Texas Rangers Museum.

5 Tips to Managing Your Small Business

Managing your small business can be rewarding, but also stressful and time consuming. By following the five tips below, small...
Read More

How Does Factoring Work?