Home > Where We Serve > Virginia 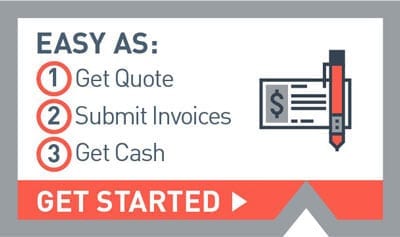 Businesses experience a variety of financial challenges, many of which are caused by slow-paying customers. TCI Business Capital’s accounts receivable financing programs provide businesses with fast cash by paying them the same day on their invoices.

From start-ups to growing companies, all need steady cash flow and we can help. Even companies that are experiencing a lack of funding from a bank because of tax liens, maxed-out lines of credit or less-than-perfect credit can benefit from our cash-flow solutions.

Speed Up Your Cash Flow

Accounts receivable financing is also referred to as invoice factoring. Companies utilize our custom programs to speed up their cash flow so they’re able to maintain and grow operations.

Instead of waiting on customer payment, TCI Business Capital’s Virginia invoice factoring programs pays you the same day on your invoices. The instant cash gives you the funds you need to meet daily operation expenses, pay your employees and accept more contracts.

TCI Business Capital can get you a quote for a factoring program in as little as 15 minutes. Our quick account set up process, low rates, and competitive advances make our accounts receivable financing programs your number one choice.

While business loans and lines of credit can provide you with funding for your company, the process is lengthy. Sometimes companies have difficulties getting approved for the amount needed.

With our invoice factoring programs, companies have the ability to grow. Our monthly programs range from $50,000 up to $20 million. The more work you do, the more cash we’ll provide.

For more than 20 years, TCI Business Capital has funded several industries through our Virginia accounts-receivable financing programs. Our knowledgeable team is ready to help your business take control of its finances.

We’ve provided a cash-flow solution to many companies in Virginia, including companies in the following cities: 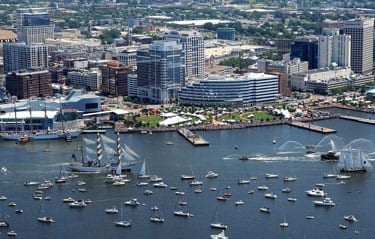 Virginia is a beautiful state that stretches from the Chesapeake Bay to the Appalachian Mountains, with a large coastline along the Atlantic Ocean. It’s got busy urban centers, popular tourist destinations, and plenty of untouched wildlife and forest that make it a perfect haven for hikers, campers, and other outdoorsmen. Virginia is rich in history while also being one of the forefront leaders in politics and science. There are a multitude of reasons to take some time and visit this gorgeous place. Whether it’s a family vacation or a trip with a special someone, everyone knows the famous slogan: “Virginia is for Lovers.”

Virginia is often called the “Old Dominion” because it was the first piece of land taken by colonial possession in mainland British America. This is where the Virginia college Old Dominion University derives its name from. The first permanent settlement in the U.S. by the British was the colony of Jamestown, established in 1607 by a colonist named Christopher Newport. Incidentally, this is where the college Christopher Newport University gets its name. Clearly, the many higher learning institutions in Virginia have a deep respect for the history of the colony. During the Revolutionary war, the capital of the fledging colonies was moved to Richmond, since Thomas Jefferson believed that the previous capital Williamsburg’s coastal location would make it vulnerable to the feared British Navy. After the war, James Madison (who would go on to get a college named after him as well) drafted the Virginia Plan, which would go on to be the blueprint for the Bill of Rights, which he also wrote. 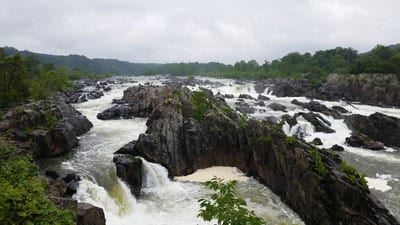 Virginia is full of fantastic tourist attractions, including two of the United States’ best theme parks. The first, King’s Dominion, is a 400 square-acre park with over 60 rides and attractions, including 16 world-class roller coasters. Based on the classic characters from the Hannah-Barbara cartoons, this busy park welcomes in over 13 million visitors each year. The other park, Busch Gardens, has been consistently named the Most Beautiful Theme Park in the world since 1990. This is because Busch Gardens is full of carefully selected and maintained plants and trees which cover most of the walkways, keeping guests in the shade and out of the heat. The park is divided up into European countries, each with their own unique architecture, food, merchandise and rides. Guests can visit England, Scotland, Ireland, Germany, and France all without a passport. It’s not just about aesthetics at Busch Gardens either, as two of their six roller coasters have been voted into the top 25 roller coasters in the world.

Virginia is an excellent place for nature lovers as well as thrill seekers. From casual strolls through coastal marshes to intensely epic backpacking trips along the famous Appalachian Trail, Virginia has outdoor adventures perfect for hikers of all ages and experience levels. The New River Valley Trail is one such popular destination that gently weaves its way through mountains to take hikers past roaring waterfalls, overlooks and other geographically fascinating places. There are also several lakes and rivers weaving through the Virginia countryside that are perfect to take a boat out to do some fishing, canoeing, paddle boating or just to take a refreshing swim.

Virginia is a great place for music enthusiasts as well, with several great outdoor concert series and festivals happening all across the state. The Bristol Rhythm and Roots Reunion is a three-day event that celebrates Bristol as one of the original homes of country music. Taking place in historic downtown Bristol, there are a whopping 22 stages, with country and bluegrass acts from all across the nation playing for sold out crowds. Down in the state’s capital, travelers can find the Richmond Folk festival which turns the urban center into a hub of the folk arts. Here, it’s not just about music. There are also crafts, art and special food tents to bring every aspect of the culture to the city. For those that like a good beer with their music, look no further than the Rocktown Beer and Music Festival. Over 3,000 people attend this twice-a-year event in Turner Pavilion & Park to sample the over 60 craft beers that are on display. The acts here range from Americana to rock n’ roll to blues and soul.

Speaking of a good drink, Virginia is an underrated wine center. When people think of American wine they immediately conjure images of the Sonoma Valley in California, but Virginia shares the latitude and coastal climate to grow grapes that are just as good as their West Coast peers. All in all, Virginia has over 280 wineries, many of which are connected by peaceful wine trails surrounded by lush vegetation. Most of these wineries offer tours, with incredible locations like historical monuments, quaint small towns, and at least one winery that can be accessed via kayak. There are over 18 different wine festivals that happen in Virginia throughout the year, so no matter what season guests visit, a chance to sample several of the local wineries shouldn’t be too far away.

For those looking for a more city-centric trip, the go-to destination is Richmond, also known as River City. In addition to being the state’s political capital, Richmond is also its fashion, arts, and food capital. In fact, Richmond has become so full of great restaurants, that there are now companies springing up who offer “food tours”, taking guests by bike or bus along a predetermined route for tasting at several of the city’s most well-known eateries. The Virginia Museum of Fine Arts is located here, and opened its doors in 1936. Exhibits include Faberge eggs, Women Artists and Expressionism, The Mcglothlin collection of American art, and an art education center when kids can get hands on and draw, sculpt, and paint. Just outside of the city is the Richmond International Raceway, which hosts national musical acts in addition to being a premier NASCAR race track.

Virginia’s economy has changed a lot through the years. Originally, agriculture dominated the landscape, with tobacco being a boom crop that made up most of the farmland in the state. Today, that same agricultural industry still exists, although now it is alongside other industries that are contributing just as much to the Virginia economy. The U.S. military is a major contributor in terms of jobs and dollars spent within the state, as they have several military bases and one college located in Virginia. The most prominent is of course The Pentagon, an American military icon that is home to the United States Department of Defense. Of equal importance is Langley Air Force base, which is the current headquarters for the Central Intelligence Agency, the only independent intelligence gathering service in the U.S. Northern Virginia was once the state’s dairy capital but now is home to several software, communications, defense contracting, and consulting businesses. The economy of Virginia is certainly on the rise, as it had the most number of counties and independent cities on the nation’s 100 wealthiest jurisdictions list.

Overall, Virginia has anything visitors and professionals could want. There is a great diversity both its tourist attractions and its business ventures. People can take a hike along The Appalachian Trail to the top of a mountain or visit one of its major cultural centers to take in some art, food, and music. Virginia may be steeped in history, but everything about it indicates it is in for a bright future as well.

One of the top priorities of any company is to improve cash flow. Having cash available for routine payables, growth...
Read More

Factoring, also referred to as invoice factoring or accounts receivable financing, is a flexible financing option businesses use to obtain...
Read More
We chose TCI as our financing solution a little over a year ago and have been impressed by their expertise and commitment to service. Corey and his team are totally reliable. They always make themselves available to me and answer my questions in a courteous, professional and timely manner. – Nancy E.
©2023 TCI Business Capital 1-800-707-4845 a division of Fidelity Bank