Home > Where We Serve > Virginia > Hampton

Hampton, Virginia is home to a thriving business community. Many companies turn to factoring companies in Hampton when the need for operating cash arises.  Invoice factoring, also referred to as accounts-receivable financing, is a customized cash-flow solution that provides businesses immediate cash to operate and grow their company.

One of the major benefits of invoice factoring is that most companies qualify for factoring. With factoring from TCI Business Capital, there are no lengthy applications and committees to pass approval. Invoice factoring is based on the credit and payment history of your company’s customers, not on your business. This makes factoring ideal for start ups, companies with seasonal fluctuations and businesses turned down by traditional financing sources.

So whether you are just starting up, or are well established and need cash to grow your business, let TCI Business Capital be your partner. 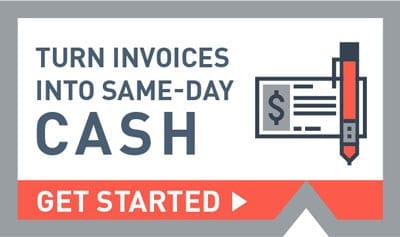 Accounts-Receivable Financing, A Quick Way to Get Cash

TCI Business Capital is  the top choice among financial and factoring companies in Hampton. Because we’re able to make the the set up process quick and simple, we can quickly provide the cash your business needs.

We can get you the funds you need in just three simple steps:

Step 1: Contact us. In as little as 15 minutes we’ll get you a quote and approval for our services.

Step 2: After you’re quickly set up, send your invoices directly to us.

Step 3: The day that we receive your invoices, we’ll advance you a competitive percentage of the invoice amount directly into your bank account. While we wait weeks or even months for your customer to pay the invoice, you’ll have the working capital you need. When your customer finally pays, we’ll remit the remaining balance to you, minus a low factoring fee.

While some companies choose to go through a long approval process and wait months for funding from a bank, we can get you approved in as little as 15 minutes, set up in just days and funded within 24 hours. Not only do we get you approved, set up and funded quickly, but we also include additional services at no extra cost to you. These services include a dedicated account manager, credit checks on your customers, a professional collector, 24/7 online reporting and same-day funding.

For over 20 years, we’ve funded a variety of industries through our Hampton accounts-receivable financing programs. Our experience allows us to get you cash quickly for the hard work you do. Some of the industries we’ve worked with include:

Hampton is a prosperous harbor city located in Virginia towards the southeast of the Virginia peninsula. It is one of the major cities that make up the illustrious metropolitan area of Hampton Roads. Hampton enjoys a rich, illustrious history that can be traced back to more than 400 years. Its residents also enjoy a mild climate, as well as miles of scenic beaches and waterfront property that add to its appeal as a place to live, play and work. Hampton provides an exclusive allure combined with typical American small-town living that adds to its whimsical appeal.

As of the 2010 national census, Hampton had a population of a little more than 137,000 people. The city is home to numerous industries, business, and retail enterprises, as well as a swathe of magnificent residential areas. It is urban and economic growth is further stimulated due to the city’s strategic location along major transportation routes. The most important of these is Interstate 64’s innovative Hampton Roads Bridge-Tunnel (HRBT), which connects Hampton to both the Atlantic Ocean and the Chesapeake Bay.

Many historians believe that Hampton is one of the oldest settlements in America that was continuously occupied by the English. The earliest records show that the first Englishmen began arriving in the area from 1607 when they began shored up their fortifications in the region for the next 200 years. At the entrance of Hampton River, the colonists began by seizing the Native American tribe of Kecoughtan around this time. Here, they established their first town in 1610, which later became part of Hampton.

The city’s name is believed to have originated from the third Earl of Southampton, Henry Wriothesley. It has also been determined that Hampton Roads, the Hampton River and Southampton County were also named after the influential Earl. After its settlement, the area was then annexed into Elizabeth Cittie in 1619, Elizabeth River Shire in 1634 and Elizabeth City County in 1643. However, the settlement was officially renamed as Hampton in 1680 before its incorporation as a town in 1705.

From its inception, Hampton played a vital role in the area, as well as the nation. It was the site where the first African slaves to come ashore in America in 1619. It was also where the first slaves were freed during the American Civil War. The city has also been home to various military bases, starting with Fort Monroe built after the War of 1812 and completed in 1834. Hampton continues its legacy as a stronghold for military and government installations even today.

Hampton became an incorporated city in 1849. It was officially separated from Elizabeth City County in 1908 and became an independent city. Through a citywide referendum in 1952, it then merged with Elizabeth City County and the town of Phoebus to become the independent city of Hampton. The city’s extensive colonial and military history make it one of the most poignant, significant, and influential areas in America.

Hampton is an area that continuously enjoys a booming economy. More than 94 percent of its people are employed, with an average household income of $49,000 in the area. Furthermore, about six percent of this city’s residents work in the military and armed services. Most of its non-working populace is made up of senior citizens who have moved to the area after their retirement. Overall, this city offers numerous opportunities for work, entrepreneurship, as well as industrial and technological advancements. 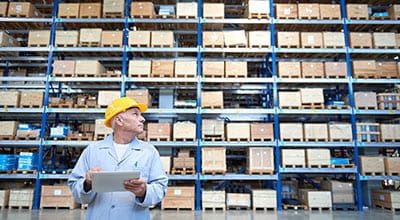 Hampton is home to America’s first military base dedicated to airpower, Langley Air Force Base. The U.S. Air Force 1st and 192nd Fighter Wings and the 633rd Air Base Wing are housed at Langley. This is simply the latest in Hampton’s rich history as a center of military research, development, and aviation training that goes back more than 100 years. The city is also home to the Virginia Air and Space Center, as well as the NASA Langley Research Center. This, the city is a cosmopolitan hub for the defense and scientific research industries.

Furthermore, the presence of these installations has encouraged other major industries to crop up to serve their needs. These include construction and real estate, transportation and logistics, retail and other service industries. Manufacturing is another major employer in Hampton, with more than ten manufacturers located in this city. The major players in this sector include Futuristic Industries, Design Service, Gaston Manufacturing Inc., Systems East Inc. and Curry Industries.

Hampton’s scenic ocean-side setting, as well as its rich cultural history, makes it a very attractive to visit for thousands of tourists and vacationers every year. The city’s prewar buildings feature a unique architectural style known as American colonial, which presents a mouthwatering treat for many history buffs to see firsthand.

The arts are also another major cultural attraction here. One of the most popular such attractions is the Hampton Art Market. Here, more than 20 local artists feature their works over the course of one year. Thus, regular visitors to this city are guaranteed a new art experience every year.  The Charles Taylor Arts Center is also another beloved site for art lovers in the city.

Hampton University is another significant piece of Hampton city history. Apart from being one of the most premier institutions of higher learning in this nation, it is also a powerful symbol of freedom in this area. Established after the Civil War, this university was setup to provide quality education to the indigenous Native American communities and the newly freed slaves.

There are so many other areas of historical and military significance, as well as tourist attractions. The most well-known ones include the Virginia Air and Space Center, the Air Power Park and Museum, St. John’s Church, Buckroe Beach, Emancipation Oak and Hampton Coliseum.

Companies in a cash-flow crunch or that have slow-paying customers often sell their open invoices to a nonbank commercial finance...
Read More

5 Businesses That Use Accounts Receivable Financing

Financing With Accounts Receivable Financing In order to maintain daily operational costs, businesses need to secure a steady stream of cash....
Read More
There are many factoring companies in Hampton to choose from. I picked TCI Business Capital and I'm glad I did. I've got money to run my business and I can focus on my work. – David
©2023 TCI Business Capital 1-800-707-4845 a division of Fidelity Bank