If you are doing work for CB&I and could use faster payment to pay your subcontractors, pay bills, grow your business and rent equipment, look no further than TCI Business Capital. When you factor your invoices for CB&I and your other customers, you receive same-day funding on your invoices for immediate cash flow. We make our invoice factoring program setup simple, in just three steps:

Why wait 60 days or more for payment? Partner with TCI Business Capital for fast payment through invoice factoring.

The Chicago Bridge & Iron Company, also known as CB&I, is an American company that is well known in the international energy industry. It is one of the major suppliers of materials, technology and infrastructure of some of the major companies in the world. The company has built its reputation across the globe for 125 years through its high-quality products and services. Aside from providing high-quality services, the company also takes into account the safety of its customers throughout its broad range of offerings and services. 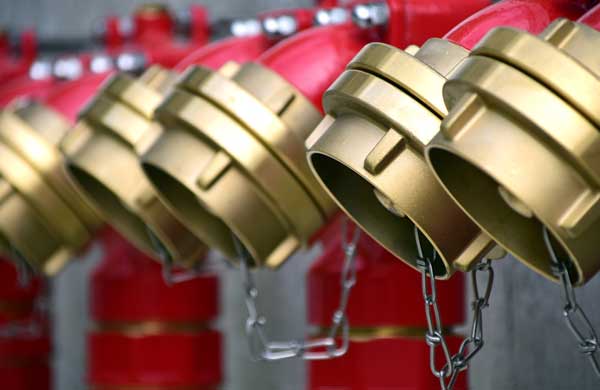 CB&I was founded by Horace E. Horton in 1889, when he established this company in Chicago. Horton also opened the company’s first fabrication plant in Washington Heights, Illinois in the same year. The newly founded company’s first project was the Embarras River Bridge in Newton, Illinois. In 2001, the company started a partnership with Pittsburgh-Des Moines Steel Company, which was originally known as the Des Moines Bridge & Iron Company. PDM’s founders William H. Jackson and Berkeley M. Moss agreed with CB&I’s founder to acquire PDM’s Engineered Construction, as well as its water divisions.

In 1894, CB&I built its first elevated water storage tank in Fort Dodge, Iowa. It was the company’s first innovation. Instead of building the tank with a flat bottom, they decided to build it with a full hemispherical bottom. The company widened its scope in their products and services by opening a facility outside the United States, in Fort Erie, Ontario. In 1919, the company ventured into the oil industry with its first oil storage tank for Sinclair Refining Company in Glenrock, Wyoming. In 1923, the company introduced the world’s first floating roof tank, which was designed to avoid loss in petroleum products. In the same year, the company also released the world’s first field-erected spherical pressure vessel in Port Arthur, Texas. In 1927, the company established its subsidiary outside North America, in Venezuela.

With a growing reputation, CB&I embarked on decades of successes, starting in the 1930s:

CB&I hit another milestone in 2000 when it acquired the Howe-baker Engineer Company. This company had expertise in electrostatic desalting of crude oil, treating of petroleum products, gas processing, hydrogen production and refinery processing units. In 2007, CB&I acquired another company, the Lummus Company, which was founded by Walter E. Lummus in 1907. CB&I has since acquired several companies known in the energy industry.

In 2014, CB&I celebrated its 125th anniversary. CB&I is under the leadership of President and CEO Patrick K. Mullen.

CB&I has established three operating groups. These groups and teams focus on the smooth operation of the company, as well as the continuous distribution of high-quality products and services worldwide.

The company’s first operating group is the Engineering and Construction Group, which focuses on the engineering, procurement and construction of energy facilities. The Fabrication Services Group focuses on piping solutions and is also tasked in the distribution and supply of storage tanks and vessels. The Technology Group is tasked with releasing licensed technologies and specialized equipment for oil refineries, gas processing plants and petrochemical facilities.

CB&I offers almost all the products and services needed in the energy industry, including:

Areas of Operation and Corporate Offices

In more than 125 years of service in the energy industry, CB&I has established several branches and corporate offices. The company has two corporate offices: the worldwide administrative office in Woodlands, Texas, and the corporate headquarters in the Netherlands.

CB&I has also operates in the following countries:

Is factoring right for me? Will my business be approved for factoring? These are just a a few questions that...
Read More

Factoring, also referred to as invoice factoring or accounts receivable financing, is a flexible financing option businesses use to obtain...
Read More
We have been doing business with TCI since October 2008. By Factoring our Receivables, we have been able to increase our cash flow and grow our business. All of our experiences with TCI have been very positive. The people are very professional & very personable also. A real pleasure to work with! – Linda H.
©2023 TCI Business Capital 1-800-707-4845 a division of Fidelity Bank