Jesse is the owner of an oilfield service company in Texas. His company provides well servicing and testing for oil exploration companies in the Permian Basin. As a result of low oil prices, he lost several lucrative contracts and some long-time customers. The lack of new drilling projects further impacted Jesse’s bottom line.

Jesse financed his company’s day-to-day operations through a revolving bank line of credit. With the poor oil market and subsequent loss of customers, the company fell behind on payments. Consequently, the line was closed and Jesse’s account went into work-out. 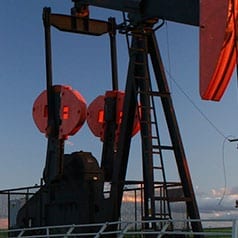 Jesse contacted TCI Business Capital on the recommendation of a friend who also operates an oilfield service business. This friend was a current client of TCI Business Capital. Jesse opened an invoice factoring line, using both his outstanding invoices and new invoicing. With the influx of cash from his initial funding, Jesse was able to get meet his payroll, pay off a significant amount of the bank line of credit and get caught up on payments to his vendors. He used additional money on operations and to meet his existing contracts.

Because he used money from his first funding to pay off much the bank line of credit, Jesse improved his long-term cash availability. He no longer had to worry about maxing out his line or wonder if he had cash availability. Jesse’s bank was happy to help he transition into factoring and was pleased to be working out of the account smoothly.

Today, Jesse’s company has stable cash flow. He meets his payroll, vendor payments and is close to paying off the balance on the bank line. The invoice factoring line gives Jesse the security of having cash available to take advantage of opportunities as they come up. Furthermore, as oil prices are slowly creeping up, Jesse has taken on more work and is adding a couple of experienced oil field workers. Finally, he maintains a positive relationship with his bank and is positioned for a successful future.

Oilfield Factoring Helps to Build Profit Oilfield business owners have many goals in mind when planning the operations of their...
Read More
“Times have changed. Customers were paying slower. Our bank line was maxed out. TCI provided us the cash we needed to turn things around.” – Jesse, a TCI client
©2023 TCI Business Capital 1-800-707-4845 a division of Fidelity Bank