Accounts-Receivable Financing Paid Off a Maxed-Out Line of Credit

Chris is a pipeline contractor in Oklahoma, and he had cash flow problems. From the time he invoiced his customers, he was waiting as long as 60 days to be paid. Chris had a business line of credit with a big regional bank for his day-to-day cash needs. Because of inconsistent payments from his customers, Chris maxed out his line of credit. The lack of available cash made it a struggle to both pay his vendors, and meet his payroll. The stress of it all kept him up at night. When his quarterly taxes were due, and he had no money available to pay. Chris called TCI Business Capital and inquired about accounts receivable financing. 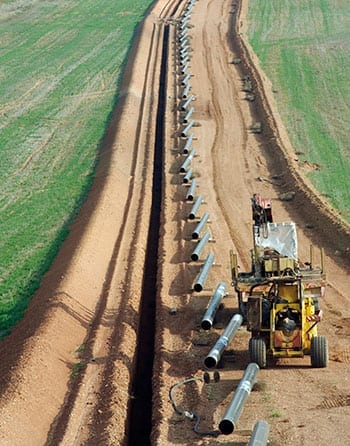 Within one week, TCI Business Capital was able to offer and close on an accounts receivable financing line with Chris. TCI Business Capital was familiar with pipeline contractor work, so set up of the line was easy. Using both his outstanding invoices and his new invoices, Chris had plenty a cash to get off on the right foot. TCI Business Capital worked with the bank on the pay-off for the line of credit. From the initial funding of his outstanding invoices, the maxed out bank line of credit was paid off. Chris then had money available for the tax payment and business operations, including payroll. After paying off the line of credit, Chris kept his deposit and checking accounts with the bank, as he had a long relationship with the local branch.

Just a few months after entering into accounts receivable financing line with TCI Business Capital, cash flow for Chris’s company had improved noticeably. As his company completed projects and invoiced customers, Chris had cash available. Paying his vendors, and other financial stresses no longer kept him awake at night. With his improved cash flow, Chris has been able to add a new trenching machine and bulldozer, is looking for new projects, and is much happier. In fact, Chris has a cousin who is a pipeline contractor in another state and recommended TCI Business Capital to him.

Are You Looking for Pipeline Work? The Dakota Access Pipeline Project is a new project that will connect Bakken and...
Read More
“I’ve got good cash flow with my line from TCI. It’s really taken a load off my mind.” – Chris, a TCI Client
©2023 TCI Business Capital 1-800-707-4845 a division of Fidelity Bank